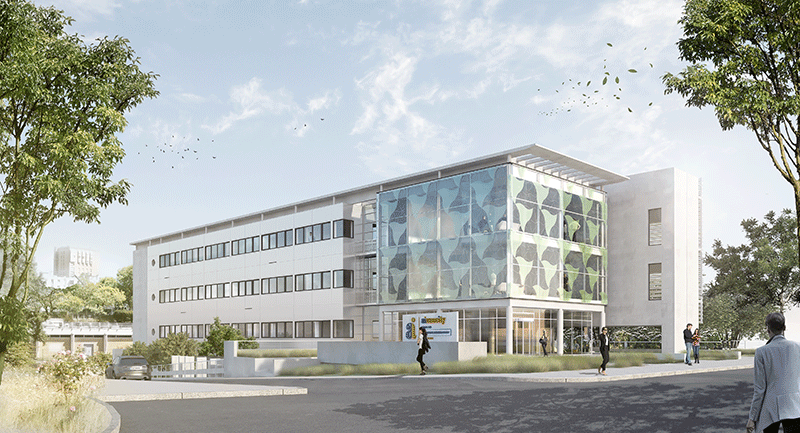 A place for training but also a place for open exchanges on society, aivancity Paris-Cachan islaunchingwork on its campus in Cachan, in the heart of the university city, and is meeting the commitmentsit has made by signing new partnerships with the City of Cachan, the CCI Val-de-Marne, the Caisse d'Epargne Ile-de-France, the Crédit Mutuel and the LCL.

Following the signing of the deed of sale on November 30 with the EPFIF, and with a total budget of 10 million euros, the renovation and developmentwork on the IFR building, whichwillnow house aivancity, led by the Patriarche architectural firm, can beginwith a view to moving in in the summer of 2021.

A Campus 5.0, a place of educational innovation and exchange between the academic and professionalworlds, open to the city and civil society. 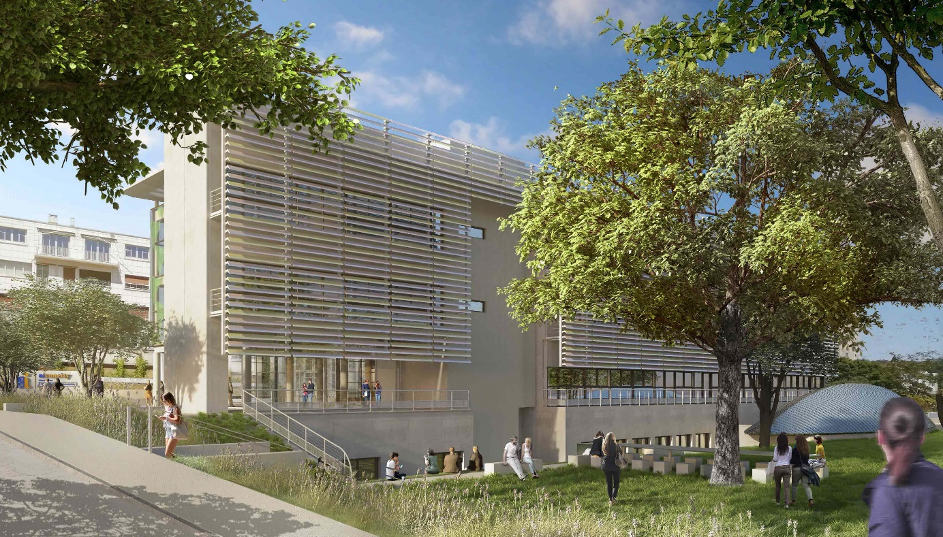 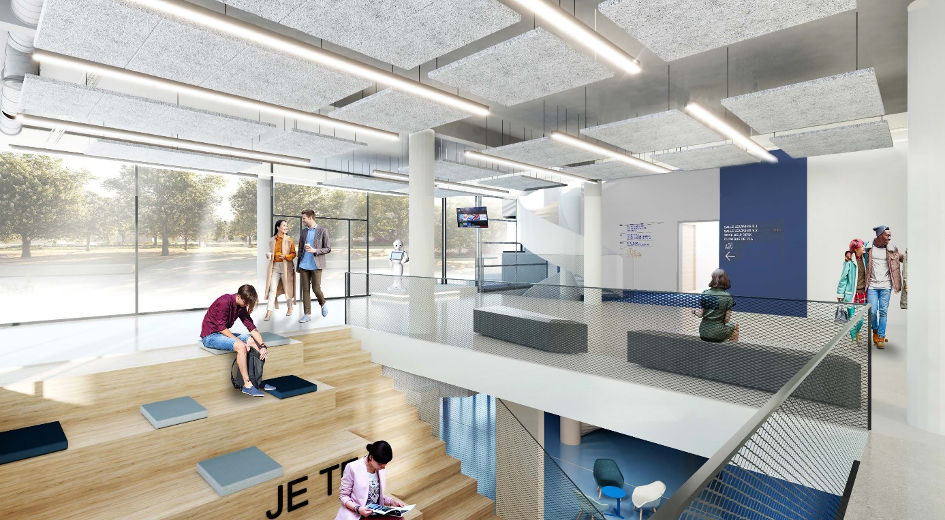 «The success of the implementation project in such a short period of time and in the contextwe know today would not have been possible without the support of Ms. de Comarmond, her municipal team and the City's services. We are aware of how lucky we are to be part of the visionary project of the City of Cachan and to be supported by banking institutions (La Caisse d'Epargne, Le Crédit Mutuel and LCL) thats hare our values and that have been attentive, caring and exemplary in their commitment to us.

Thanks to the professionalism, expertise and creativity of the teams of ourpartner, the Patriarche Group, we will make this campus an example in the design of educational spaces.

Finally, thanks to these new partnerships signed with the City of Cachan and the Val-de-Marne Chamber of Commerce and Industry, wehope to embody our commitment to territorial anchoring and openness to the city. » »

Faithful to its commitment to territorial anchoring and openness to the city, enshrined in its statutes, aivancity forges partnerships to serve the territory, its inhabitants, its entrepreneurial fabric and its learning community.

As a stakeholder in the campus installation project from the outset, the City of Cachan has become an institutional partner of aivancity, with the ambition of anchoring the school in its territory.

Also, in order to make aivancity students aware of their role as citizens and their responsibilities, and to contribute to the dynamism of the associative space of Cachan, aivancity and the City of Cachan are working on the setting up of 6-month voluntary citizen missions within the city's associations for all the students of the school.

The City and the school are alsoconsidering the possibility of offering an aivancity studentcard open to City services, such as access to sports facilities, cultural spaces and events, allowingstudents to enrichtheiracademicexperiencethrough cultural, sports, citizenship and Cachaneseactivities, thusallowing, especially for international students, a betterintegrationinto French culture.

The City will contribute to the dissemination and promotion of the IA Clinic'soffer , whichwilloffer a free IA and data projectanalysis service, piloted by aivancity students and supervised by professorsfrom the school, to SMEs, VSEs, associations or non-profit organizations.

The CCI Val-de-Marne, represented by itspresident, Gérard Delmas, has alsosigned a partnership with aivancity, in the service of the economic fabric of the department.

The CCI 94 and aivancity wish in particular to develop actions in favor of VSEs and SMEssuch as an IA LAB to accompany IA projects through adhoc training and to organize information sessions on the new IA professions for the benefit of the target public and in liaison with the membercompanies of the Cité des métiers.

Theyalsowish to organize events related to the development of artificial intelligence in the Val-de-Marne, such as conferences open to the public, seminars or workshops involving companies in the department, or "Val-de-Marne economic discovery" tours for foreign students of aivancity.

A schoolwith a mission, aivancity is also committed to promot ing diversity and social inclusion, in particular by encouraging the democratization of access to higher education.

This iswhy, in addition to setting up the school'sendowmentfund, aivancity is able to offerpreferential offers to its students, thanks to the signature of three new partnerships with the Caisse d'Epargne Ile-de-France, the Crédit Mutuel Ile-de-France and the LCL.

Corner stones of the school's statutes, the territorial anchoring and the opening to the city resonate today in a concrete way. With the financial support of the Caisse d'Epargne Ile-de-France, Crédit Mutuel Ile-de-France and LCL, aivancity Paris-Cachan is developing close ties with its environment and contributes to the wealth of activities in the region. It is also developing lasting ties by welcoming Jean-Christophe Lourme to its governance, elected member of the CCI94 and Thierry Boissier, Director of Human Development at LCL, whojoin Hélène de Comarmond, Mayor of Cachan, Patrice Mavilla, Director of Social Economy, Health and Institutions at the Caisse d'Epargne Ile-de-France and Raphaël Rebert, Managing Director of Crédit Mutuel Ile-de-France.

News in the headlines